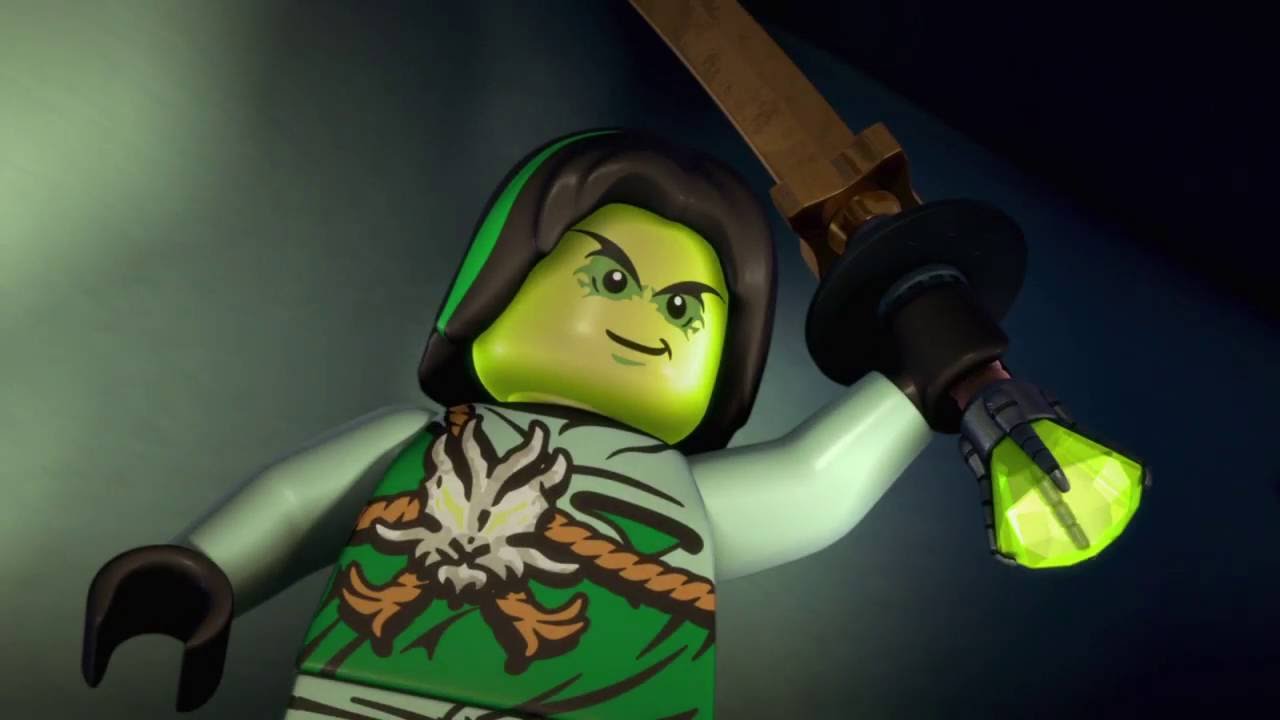 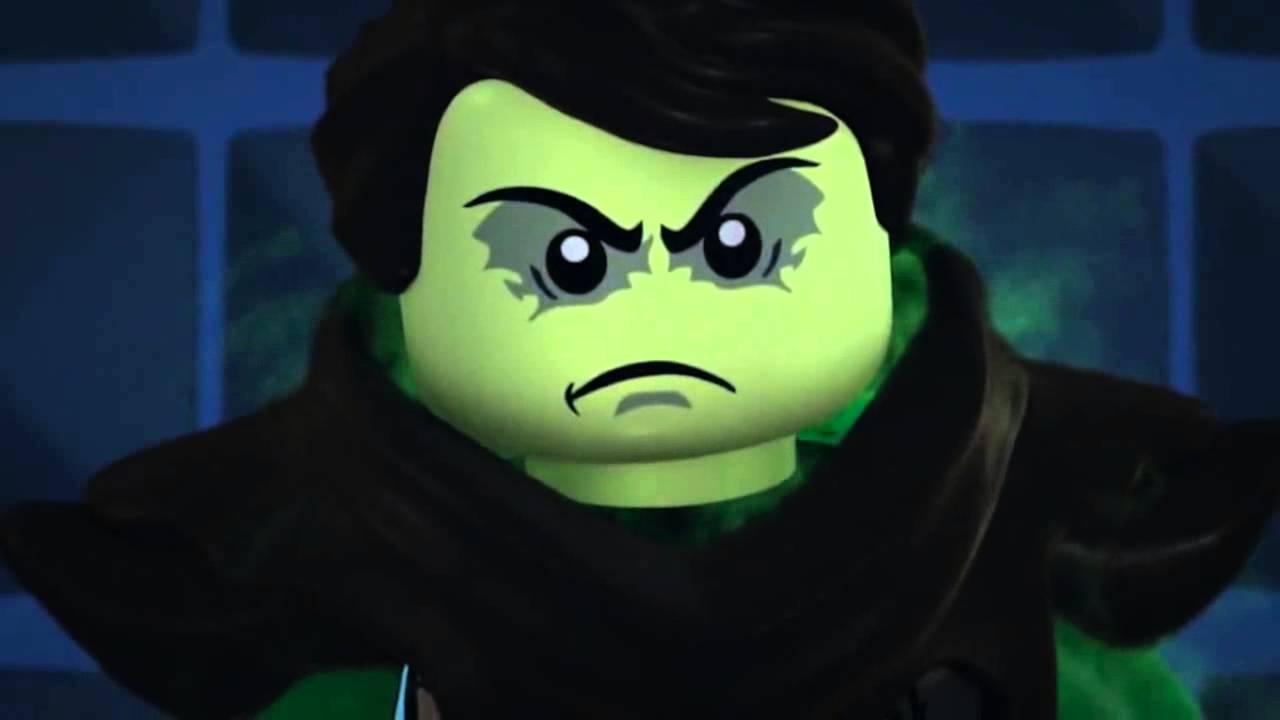 While the Ninja celebrated their victory after the second Serpentine War, a small dark tornado appeared in the sky carrying Morro inside.

When the true Green Ninja arrived at the museum, Morro - still in the body of the Watchman - lead Lloyd to a backroom where he attempted to attack him with a hammer.

The watchman was soon buried under several boxes and Morro left his body to possess several other things in the room, such as a portrait of Master Chen and a Serpentine statue.

After weakening the Green Ninja, he took possession of Lloyd himself. He faced the Ninja for the first time, using his power of Wind to easily defeat them.

Yet, before he was able to obtain the staff, Wu and the Ninja escaped in the Destiny's Bounty. Undeterred, Morro summoned his Elemental Dragon to chase after them.

Morro quickly caught up to the flying vessel and boarded it, defeating Cole and Jay with ease.

He used Lightning to cripple the ship's autopilot and descended into its lower level where he defeated Zane.

Morro almost succeeded in throwing Kai out of the vessel, though was distracted when Wu threw his staff out the window.

As it was the Morro's true objective, he summoned his Elemental Dragon once again and used it to retrieve the staff.

Morro flew to a nearby tavern where he satisfied himself with a drink before interrupting a biker's pool game to decipher the message on the staff.

Angered at his action, the biker and his friends surrounded Morro, though the ghost used the Allied Armor of Azure to summon Wrayth, and the two defeated the bikers with ease.

Upon arriving at the Ancient Library of Domu where the Airjitzu scrolls were kept, Morro was enraged to find that the thief Ronin had already stolen them and fled to Stiix.

He stormed out of the building, but not before he gave one of the guards his autograph and took a selfie with them.

Morro soon arrived at a hill overlooking Stiix and summoned Soul Archer to aid him in his quest, as Lloyd was beginning to fight his possession.

The two descended into the city and confronted Ronin at his shop. Unfortunately, the Ninja arrived and Morro ordered Soul Archer to hide so they could locate the scroll.

He in turn was pursued by Kai though used the martial art to ascend into the air where he summoned his Elemental Dragon and escaped.

Morro used the Armor to release Bansha and Ghoul Tar from the Cursed Realm, hoping that they would be able to decipher the next symbol on the staff.

Bansha revealed that it was the Sword of Sanctuary, kept hidden in the Cloud Kingdom, which was only accessible from the Dead Man's Eye.

As the only way to reach the phenomenon was to ascend the Wailing Alps, Morro ordered his forces to the Samurai X Cave, intending to possess one of the Ninja's mechs.

Yet before they could take one of the mechs, the ghosts were ambushed by Nya in her Samurai Mech. While she was unable to damage the ghosts, the samurai succeeded in destroying the Allied Armor, thus destroying the way for Morro to summon reinforcements.

Ghoul Tar quickly possessed the mech, however, turning it into Mech-enstein, and the ghosts chased Nya and Ronin from the cave.

Unfortunately, it soon began to rain and the Master of Wind summoned his elemental dragon to head to the Wailing Alps. Morro used the Mech-enstien to ascend the Wailing Alps, though at the same time Lloyd was growing stronger and fighting the possession.

Upon realizing they were being followed by the Ninja, Morro was encouraged to abandon Lloyd's body by his companions, though the Master of Wind reminded them that only a Spinjitzu master could find the tomb.

He did however allow Bansha to create an avalanche, and the ghosts continued their ascent. As they neared the Hanging Temple, the ghosts discovered that the Ninja had survived the avalanche and were climbing even faster.

Morro abandoned the mech and ordered his allies to stop them while he continued climbing. Yet even after calming the winds that plagued the mountain, Morro failed in reaching the Blind Man's Eye.

With his failure and Lloyd's continued resistance, Morro became increasingly agitated. However, Bansha quickly made contact with Fenwick, the head writer in Cloud Kingdom, and made a deal with him to let them in the back way.

Morro was shown to where the sword was kept and upon retrieving it, encountered the Ninja. Due to being able to see their next move within the blade's reflection however, Morro was able to dodge their attacks and escape back to Ninjago.

Yet the Ninja followed, quickly catching up to them, and with Lloyd gaining control of his body momentarily, lost the sword to Kai.

Morro and his ghost companions moved to Stiix were they took up residence in the remains of Ronin's pawn shop. Bansha then contacted the mercenary, ordering him to bring them the Sword of Sanctuary in exchange for his curse being removed.

Ronin soon arrived with the sword in hand and after Ghoul Tar made sure it wasn't fake, presented it to Morro.

The Master of Wind used it to determine the location of the tomb, though went behind the mercenary's back and possessed him.

With Ronin's body, he contacted the Ninja and lead them on a false trail to the Caves of Despair. After the message was sent, he left Ronin and Lloyd, leaving for the real location of the tomb.

Taking possession of Lloyd once more, Morro journeyed to the tomb with the Sword of Sanctuary and passed the first two traps with ease.

All of the traps, eventually meeting up with the Ninja and dueling with them. Soon, he was fooled by Kai and was trapped, but escaped and caught up to the Ninja at the First Spinjitzu Master's resting spot, holding an extremely weakened Lloyd in one arm and threatening to hurt him if they didn't give up the Realm Crystal.

After a while of stalling, Kai intended to fool the ghost again, coming out as a success and only backfiring when Lloyd was sent plummeting into a river, drifting away and leaving the Fire Ninja and Cole to save him while Zane and Jay took care of Morro.

The Master of Wind was too clever for them, however, and escaped with both the crystal and the sword in his hands.

Morro then went to the city of Stiix to release all of the Ghost Warriors and his master. The ninja shortly arrived to the city of stiix with Lloyd with their side to stop the Preeminent from crossing over to Ninjago.

The Ghosts and Morro then caught the supposed green ninja who later appeared to be Nya who was a distraction for Lloyd to get to the crystal.

Morro later saw his arrival confronted him with ease due to him having the Sword of Sanctuary with him. He was later out beaten by Ronin who arrived leaving him raining in coins.

Lloyd then entered the building and went to the crystal to destroy it. Morro delayed him saying that if he destroys it, he'll lose any chance of seeing his father.

After of some time, Lloyd was about to destroy the crystal until the tentacles of the Preeminent converged on him and dragged Lloyd to the Cursed Realm.

As Lloyd was being pulled into the Cursed Realm, Morro said in remark that his master has arrived. As the creature fell into the water, Morro used his wind to keep himself above the ocean yet was soon grabbed by his master.

Morro led the Ghost Warriors in absence of The Preeminent. He was particularly close with the Soul Archer and Bansha , who were always seen with him in their endeavors.

However, it's unknown how he feels about the Ghost Warriors after he helped the Ninja during " Day of the Departed.

Wu found Morro after he and a few other children were rummaging through the monastery 's trash bins. Taking pity on him, Wu invited him to live in the monastery and learn the ways of the Ninja, an offer that was accepted.

Wu later discovered that Morro was the elemental master of Wind and thought he was the next Green Ninja. However, this was not the case as Morro would become more arrogant at the opportunity to have such amazing power.

Wu soon the true depths of his error in judgment as the Golden Weapons did not choose him, meaning that he was not the chosen one.

Wu tried to comfort him but Morro set out to prove destiny and his master wrong, this proved to be fatal as he would die on his journey, much to Wu's sadness.

Morro later came back to Wu as a Ghost and possessed the true green Ninja Lloyd who was also Wu's nephew. The two became enemies with them clashing in their encounters with Morro blaming his old master for his fate and Wu defending his choices.

Despite this, Wu tried to save Morro from death after The Preeminent started to drag him down into the water.

However, Morro saw the error of his ways and simply resigned himself to his fate but not before giving Wu the Realm Crystal and bidding him farewell.

In " Day of the Departed ," Morro is resurrected by Yang and he picks Wu as his target since they left things "unsettled".

Morro met his old master at the destroyed monastery, Wu was shocked to see him again and told him that while he was pained they would have to fight again, he won't hesitate to do it again.

However, Morro revealed that he had no intention of fighting him but really came to warn him about Yang's plans, something surprised Wu who listened to his story.

Wu later defended Morro from being attacked by the Ninja and told them Morro came to help as the latter told the Ninja of what Yang was planning.

His mission accomplished, Morro was thanked by his former master for his actions and he bid him farewell and returned to the Departed Realm at peace.

Out of all the Ninja, Morro seemed to be most annoyed with Kai, due to him being brave enough to fight him alone and encouraging Lloyd to break free of his possesion.

In " Day of the Departed ," because of Cole's actions, Morro is resurrected by Yang and he revealed himself to the rest of the ninja along with Wu.

Morro was amused to see them again, especially when they expressed hostility to him until Wu defended Morro from being attacked. The Ninja were surprised when Wu told them that Morro came to help, Morro explained to them of what Yang was planning.

Due to him, the Ninja recalled how they forgot Cole and rushed to his aid. His mission accomplished, Morro returned to the Departed Realm at peace.